Dennis has always found history to be a subject of endless interest. Learn along with him as he interviews some of the world’s best historians about some of history’s most fascinating subjects.

4) How the Soviet Union Enslaved Its Citizens
Dennis talks to Anne Applebaum, Washington Post columnist and Pulitzer Prize-winning author. Her new book is Gulag: A History.

6) Europe on the Edge of War: July 1914
Dennis talks to Sean McMeekin, assistant professor at KOC University in Istanbul, Turkey. His new book is July 1914: Countdown to War.

7) How World War I Happened
Dennis talks to Christopher Clark, professor of modern European history at the University of Cambridge. His new book is The Sleepwalkers: How Europe Went to War in 1914. 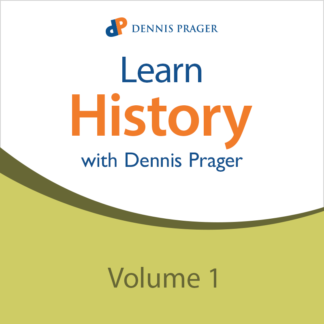