Part 1: Understanding and Demystifying the Monster

Dennis offers clarity on the issue of male sexuality, which is often embarrassing for men and very hard for women to understand. He claims that it is easier for men to understand women in the sexual arena than vice versa. Dennis believes that once women understand the challenges men face trying to control their sexual instincts, they will better appreciate the decency of the men in their lives.

1. Dennis lists the five components of male sexuality: the power of the visual, the immediacy of arousal, the tendency to sexually objectify women, the need for variety, and genital as opposed to emotional arousal.
2. Dennis believes men should concentrate on things other than sex in order to sublimate their sexual desires.
3. Women can make men feel less shame about their sexual natures by understanding them. Meanwhile, men must learn to regard women as human beings before sex objects and treat them properly.

Dennis offers suggestions on how men can control their sexual nature so they do not have to forsake love and personal growth for excitement. After detailing negative choices men can make by following their nature, Dennis then presents good choices that will lead to a more fulfilling life. He also explains how women and society can make this challenge easier for men.

1. Men can make the following bad choices: A) Seek sex with a variety of women. B) Go to prostitutes. C) Get married and have a mistress.
2. Men can make good choices by: A) Understanding that they are sexually insatiable. B) Seeking excitement and variety elsewhere. C) Immersing themselves in other passionate pursuits. D) Avoiding temptation. E) Understanding the pain they can inflict on the women they love. F) Having good values. G) Fantasizing through auto-eroticism.
3. Society has the following options: A) It can cover women up like in Muslim cultures. Dennis argues that this dehumanizes women. B) It can allow men to have mistresses. C) It can encourage marriage and stigmatize infidelity. Dennis thinks this is the best option.
4. Women can help by: A) Understanding men’s sexual nature. B) Requiring men to commit before having sex with them. C) Modifying their sexual titillation

Men’s Sexual Nature – Part 3: Pornography: What Is It and Why Men Use It

Dennis defines pornography and explains why it causes people to think so unclearly. He shows how an understanding of male sexuality can make pornography less ugly and scary. While Dennis agrees that there are no great arguments to make in favor of pornography, he counters several arguments made against it.

1. Dennis is not in the business of turning people into saints. Thus, he tolerates pornography as one of the many legal vices available in a free society.
2. Dennis explains why women in general are not debased when women are portrayed as sex objects in pornography.
3. He shows why pornography doesn’t necessarily lead to violence and why it doesn’t have to become addictive.
4. According to Dennis, pornography is a danger if it is used as a substitute for real love. It is not dangerous if it is used as a substitute for adultery.

Men’s Sexual Nature – Part 4: Adultery: What Is It and How Can It Be Prevented

With his characteristic compassion and good humor, Dennis reveals why adultery is a complex issue that can be better grasped with an understanding of male sexuality. Although Dennis believes adultery is a sin, he doesn’t believe it should automatically lead to a divorce. Dennis feels bad for all people affected by adultery, because even good people sometimes commit unholy acts.

1. The Old Testament defines adultery as extramarital intercourse with a married woman. According to the New Testament, however, one can commit adultery simply by lusting for someone.
2. Betrayal and adultery are often very different things. For example, a husband might be guilty of betrayal–but not infidelity–if he opens up emotionally to a woman other than his wife.
3. Women usually only commit adultery when their husbands aren’t fulfilling their emotional needs. Physical attraction alone isn’t likely to lead women to be unfaithful. Men, on the other hand, are very easily able to separate sex from emotion.
4. While the cheater is the one who needs to seek forgiveness, Dennis also believes that mature people who have been cheated on will ask themselves how they can improve their relationships. 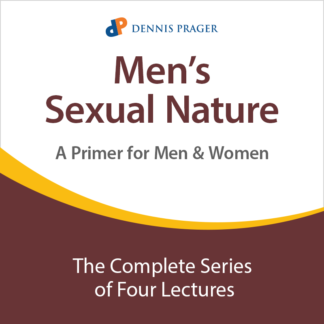