San Francisco: Happy Home of Gay Marriage
Local judges refuse to stop gay marriage parade. The same Leftists who were concerned about the legality of our invasion of Iraq, now could care less about breaking the law of the state which bans gay marriage.

Love Is Not Enough
The justification for redefining marriage is based on love. If people of the same sex love each other, they deserve to be married – that’s how the argument always goes. But love is not enough. Society and children needs more. Dennis explains why.

Same-Sex Marriage Inevitable?
That’s what liberals like to say. So, if it’s inevitable why not let the people decide? Why do liberals rely on courts? Because it’s not inevitable. Also: More proof that the media is liberal. Look at the coverage that the new liberal talk show network is getting.

Our Disappointing Neighbor to the North
Canada has become Europe North including Europe’s antipathy for Israel. Also, the Atlanta Journal Constitution attacks black clergy for not supporting same sex marriage.

Dennis Talks to Senators about Same Sex Marriage
He had meeting with a group of Republican senators last week. He was unhappy to learn that the constitutional amendment to preserve the traditional definition of marriage is not gaining traction. The senators need more pressure from their constituents to make it happen… Also, breaking news: Al Qaeda claims to have beheaded an American civilian in Iraq. They worship death in God’s name. There is no greater evil.

Same Sex Marriage Bells Ring in MA
A few judges in a single state have decided to destroy the institution of marriage. It’s a dark day for our democracy and our civilization. Sadly, many conservatives don’t realize how profound the consequences will be, if this is allowed to stand.

Marriage Is No Longer Marriage
It’s now anything that liberal judges want to define it as. Massachusetts ushers in the era of same sex marriage. Will the rest of the nation follow its lead or resist this attempt to destroy the foundation of our Judeo-Christian civilization?

Gay Rights and Free Speech
The ACLU is suing a Connecticut high school to prevent them from allowing clergy to speak to students about homosexuality. This same school has hosted a gay activist group without objection. If the gay agenda is incorporated into law, it will soon be illegal to object to same-sex marriage.

There Is No Intolerance like Liberal Intolerance
An Italian minister was denied an important EU post because he thinks that homosexuality is a sin (not a crime, he was careful to point out). This kind of thinking which has taken over Europe is headed to the U.S., especially if we legalize same-sex marriage.

Same-Sex Marriage Debate
Guest Jonathan Rausch, fellow at the Brookings Institute and author of Gay Marriage Why It Is Good for Gays, Good for Straights, and Good for America.

Liberals, God and Sex
The Left and Liberals love to invoke God when it serves their purposes. But when Conservatives invoke God, the Left is outraged. A recent Nicholas Kristof column in the New York Times on the Rights intolerant view of homosexuality and same-sex marriage is a perfect example.

Same Sex Marriage, New York Style
The State of New York has legalized gay marriage, thanks in no small part to millions of dollars from Wall Street and big business. 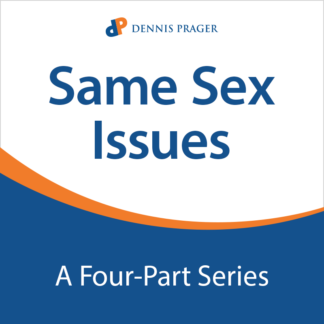